Engage in Actions for Social Justice 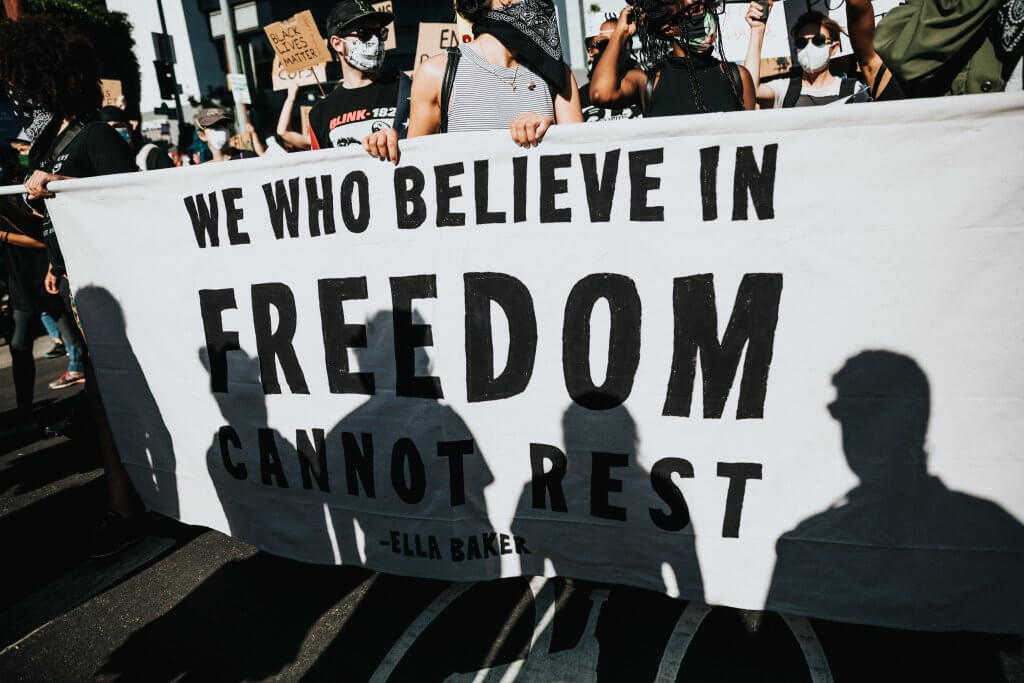 What is the role of organizations to advocate for and engage in social equality and justice? What is the role for safety and occupational health and wellness professionals? It is a difficult question but must be considered. Is it enough to make a statement about equity, diversity, and inclusion (DEI) and to provide training on the topic? Or should we do more?

Although many deny that racial injustice is systemic, it is difficult to understand why with many examples throughout history, including today. This month (actually May 31st), marks 100 years since the Tulsa Race Massacre. Hundreds of African Americans lost their lives, more suffered injuries, many lost their homes and businesses. All without reparations. June 19th (Juneteenth) marks the day when Federal Troops informed slaves in Galveston, Texas of the Emancipation Proclamation 2 and ½ years earlier, which freed all slaves. 2 and ½ long years later. Sadly, not many of us ever learned about either of these crises until recently.

Acts of violence, discrimination, and systemic injustices continue against dark skinned races, Asians, Muslims, and Indigenous people. For example, as shocking as it is, the NFL just announced it will no longer use “race-norming” in concussion settlements. “Race-Norming” allowed different standards for black players when testing for dementia by using a lower level of cognitive function so these players have to show a greater level of cognitive decline than white players in dementia claims. Just let that sink in for a minute.

Just as shocking are the reports not only of health disparities, but medical care disparities for people of color. Yes, there is a long history if medical injustices and reasons for distrust that often lead to African Americans not seeking timely medical care. However, actual medical care discrimination continues today. People of color report being treated differently or denied appropriate care in emergency rooms and other medical settings. A recent study found that, 21% of 2,137 US adult survey respondents indicated that they had experienced discrimination in the health care system, and 72% of those who had experienced discrimination reported experiencing it more than once (Discrimination in US Health Systems).

And of course, there is no denying that pay inequality, hiring practice discrimination, and promotion discrimination exist today. There may also be discriminatory language and practices within safety and health policies and initiatives. Pausing, asking, and reflecting are needed to learn and make changes.

Writing these paragraphs have been extremely uncomfortable, causing physical and emotional discomfort. Denying the situation is far worse. Ignoring systemic injustices OR deciding not to take action makes us complicit participants.

Recently, Ibram Kendi (author of, How to Be an Anti-Racist) said, “Literally to do nothing is to be complicit with systemic racism…To do nothing is to allow the maintenance of that racism. We need people who are engaged in this anti-racist struggle, being actively anti-racist to ensure that we’re building a society of equity and justice for all.” (University Times, 2020).

So, what to do?  As Martin Luther King stated, there is a “FIERCE URGENCY OF NOW.” Corporations have the power and influence to act and to do good. Safety and Occupational Health and Wellness Professionals are in the field of public health and have a commitment to act to ensure safety and well-being. Here are a few ideas to start,

Find ways to engage in building an organizational culture that is safe and well, as well as a “…a society of equity and justice for all.” As the Dalai Lama has said, “Today, there is too strong a sense of ‘us’ and ‘them’. There’s too much sense of ‘my friends’ or ‘my enemy’. But we can change that. I’m committed to the idea of the oneness of humanity. As human beings we are all the same. We all… live together on this planet.” It’s time to look in a mirror and take action.

PrevPreviousJust Say No!
Next10+1 GapsNext

Get a full-scale analysis of your business and recommended solutions.